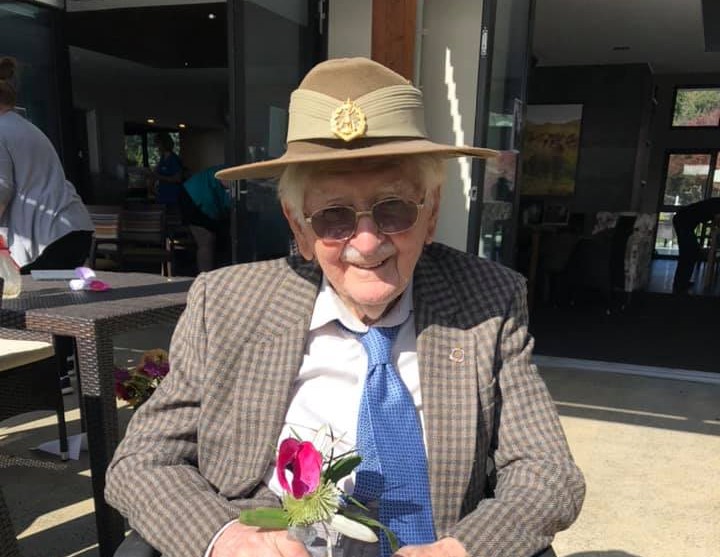 Frank Secomb, born in 1918 to an Army Sergeant Reverend father, was 21 years old and studying architecture in Melbourne when World War II began and interrupted his studies. Frank quickly enlisted in the armed services, taking up training with the Royal Australian Army. “I was finishing at Melbourne Tech School when I enlisted” Frank said.
Following training, Frank reached the rank of Captain, and was deployed to Papua New Guinea, serving behind enemy lines as Captain Francis Secomb of the Royal Australian Engineering Corps.

Tell us about your active service experience. Were there any special friendships made during your time there?

Frank said “I was in charge of my regiment. After arriving in New Guinea, we tracked across the Mountains into the valley and across the country. Encountering enemy forces along the way we managed to defeat them”.

“I remember deploying with a great many friends made in training, and in later years I made many more with others from other regiments, but one particular friendship has always been with me through my life. Rod McDonald and I enlisted together, we were in different divisions, and we both came home and established an architecture firm together, which lead to a great partnership and friendship in both business and life.

For me the most difficult part was the fighting in the New Guinea jungles and living behind the enemy lines for long periods of time.
But there were good memories too – I was granted a special leave of absence at the end of my service training so that I could head home to Melbourne to complete my qualifying exams in architecture. I felt pretty privileged to be granted that leave and then was able to return after the war and start my own architecture business.

How did active service impact who you are today and your life?

Following his return to Australia, and discharge from the armed services, Frank went on to have an extraordinary career and family life. Professionally, Frank established an Architecture firm here in Melbourne (Eggleston, Macdonald & Secomb Pty Ltd).

In his personal life, Frank returned from service and married his young sweetheart, Betty, and they went on to have 3 children and were lucky to travel the world together.

Frank’s family recalls that, like many of Australia’s returned servicemen and women, he never really spoke about his time in service and overseas when they were younger and that it is only in recent years Frank has opened up to the family and shared his experiences.

Despite being quietly conservative about his time, Frank never missed an ANZAC Day march, and his wife and children would watch him every year, first in person, and in later years on the TV where they would sit and “pick him out on the tv screen”.

“Dad was always so proud to march, he never missed a year” says daughter Judy fondly.

When Frank was no longer able to make the Melbourne march, he enjoyed the service in Marysville, recently he was granted the honour in riding in an original 1940s Jeep in the march and was honoured by this offer. 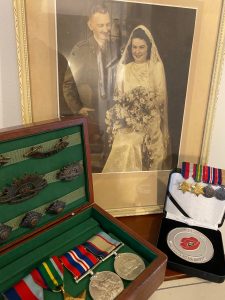 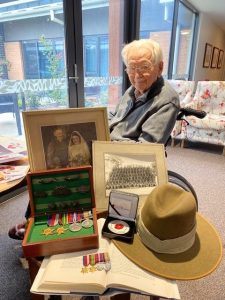 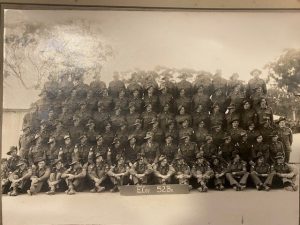